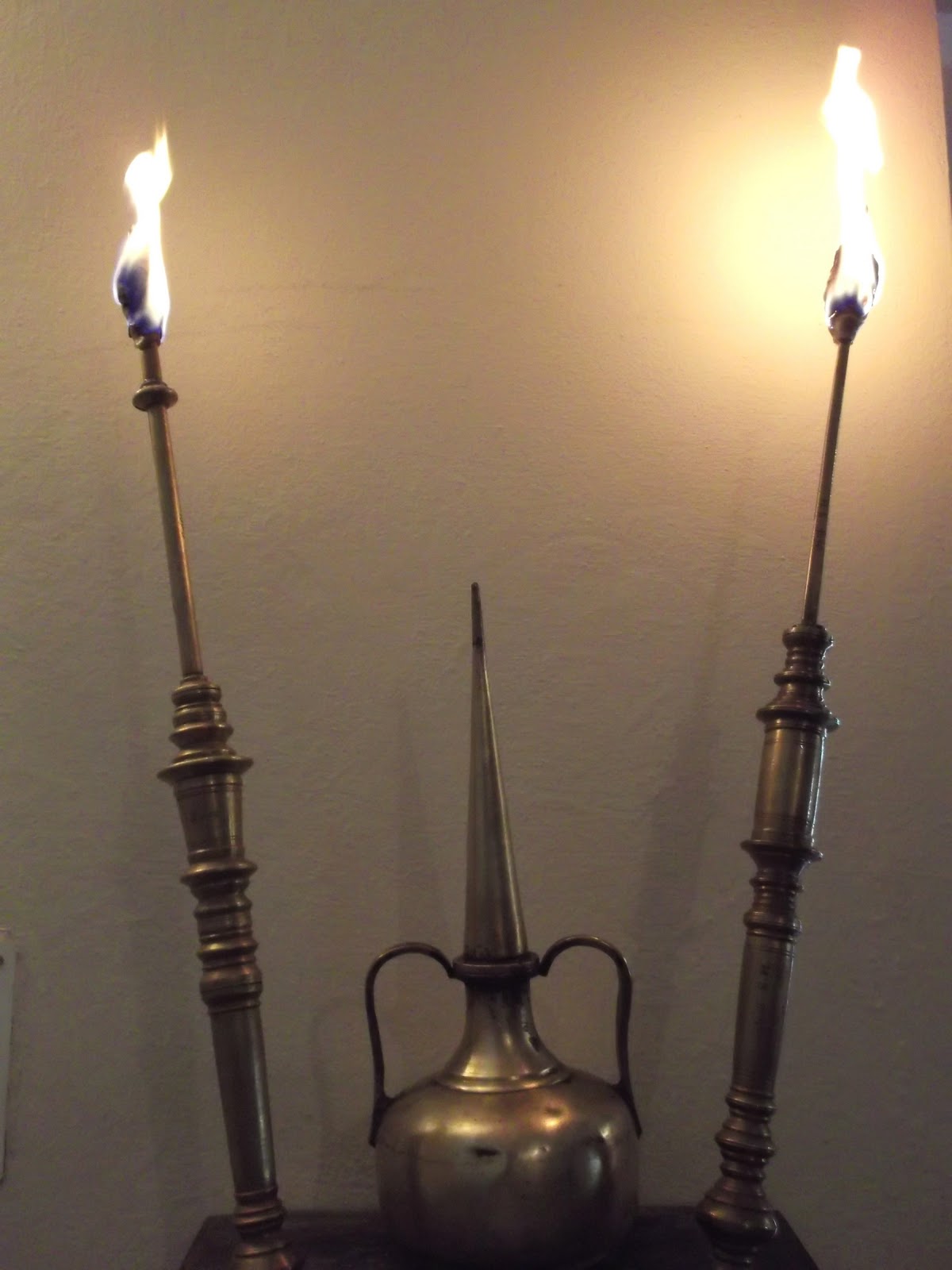 The torches shown in the picture are made out of carved brass. I have collected them from an antique shop in the city of Karaikudi located in the Chettinadu area of Tamil Nadu, India. Chettinadu is an area which is mostly occupied by Chettiars (trading community) and this is a very prosperous community. They lived in huge houses and they practiced elaborate and rich social and religious rituals. These torches were used by them for their religious rituals. As a tradition these torches are also used when the temple deity is taken on procession around the city on important days. 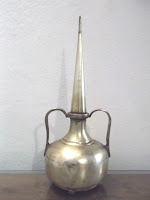 Oil can for torches- Oil is required to fuel the flame of the torch. The torch head contains a cotton tape wrapped around and is made into a ball like shape and this cotton ball is dipped in oil and lit. 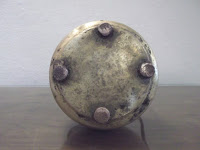 The oil can be castor oil, gingili oil or peanut oil and any kind of locally available oil that promotes flame. When the oil in the flames is consumed it has to be re-filled to provide continuous supply of flame. For this purpose an oil can has to be kept ready near the torches. 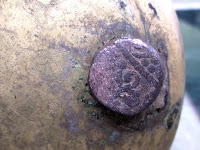 The oil can shown in this article is procured from the city of Ahmadabad in Gujarat state, India. The four supports attached to the base of oil can are the round antique coins of that period. I have to get the expertise to seek of which dynasty these coins belong so that we can determine the age of the oil can. Before paper currency was introduced in India, the coins were mostly made of brass, copper, silver and gold. For these coins the intrinsic value and the exchange value are the same. For example paper currency has only exchange value but no intrinsic value whereas brass coin has both exchange value and the same intrinsic value. Hence the coins are used for purposes other than exchange value,i.e. buying and selling. They were melted and articles were made out of the metals or used for commercial or ornamental purposes. 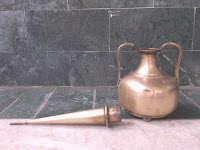 The craftsman who made this oil can chose to use the coins for base since if he has to buy brass and make them into round shape suitable for the base, it will cost him the same. The coins can be seen in the photograph provided in this article.

About the torch- A traditional torch will have fire or flame at one end of a rod that can be of wood or metal with rag immersed in inflammable material like oils or pitch is tied at the end and lit.

Torches used as light source-In the castles, forts or in mansions ,torches are mounted on the walls with the help of brackets. These are lit whenever light is required. They illuminate the corridors, halls and the living rooms .Torches also provide warmth apart from light. 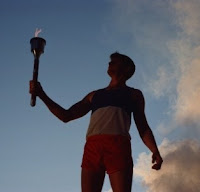 Olympic torch- To light the Olympic flame which is kept burning throughout the duration of the Olympic Games, the cross country runners will carry the torch in relay and light the Olympic Flame. This tradition is to reenact the ancient Olympic that took place in Olympia where the sacred flame burns inside of the temple of Hira.

Water proof torch- If the mixture of sulfur and lime is used as a fuel for the torch, the flame will not get extinguished even when it is immersed in water. The ancient Romans used to make such torches to protect the flame from contact of water or moisture.

Procession torches-Procession torches are the ones used to carry the torch along with a procession, parade or as a source of light at night celebrations. These torches are made by immersing coarse hessian material in wax, rolling them into the shape of a cylinder and tying them at the end of a torch rod normally made out of wood. There will be a protective color made out of paper inserted in between the light and the handle so that the melting wax do not fall on the torch bearers hand and hurt him. 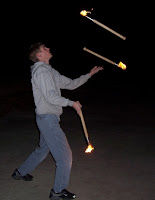 Juggling torches- Juggling torches are used by professional jugglers to entertain the audience. Juggling is done the same way as they do with knives or clubs. Juggling torches creates a magical impact on the auditions due to formation of patters while juggling and the sound produced due to the speed of the movement of the flame. The danger of playing with the fire creates additional thrill to the audience though a skilled juggler can play it safe.

Fire breathing torch- Fire breathers use flaming torches to display the splendor of the flame by creating different shapes of the huge fire with their blowing skills. 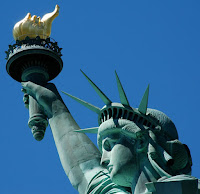 Symbolism of a torch- A torch signifies hope and enlightenment like the torch shown in the statue of liberty in New York City depicting “liberty enlightening the world”. 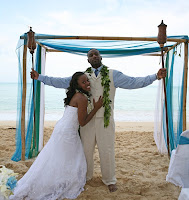 Wedding torches-In ancient Greece fire is regarded as a sacred witness to the marriage. Fire sanctifies the wedding. The use of torches is spiritual and functional. Darkness is associated with evil spirits and torches chase away the darkness and the evil spirits. They also purify the air and the surroundings. It is a tradition in ancient Rome and Greece to take the new bride to the wedding ceremony and subsequently to her new home with torches. White thorns are used as a torch to chase away the evil spirits and influences.